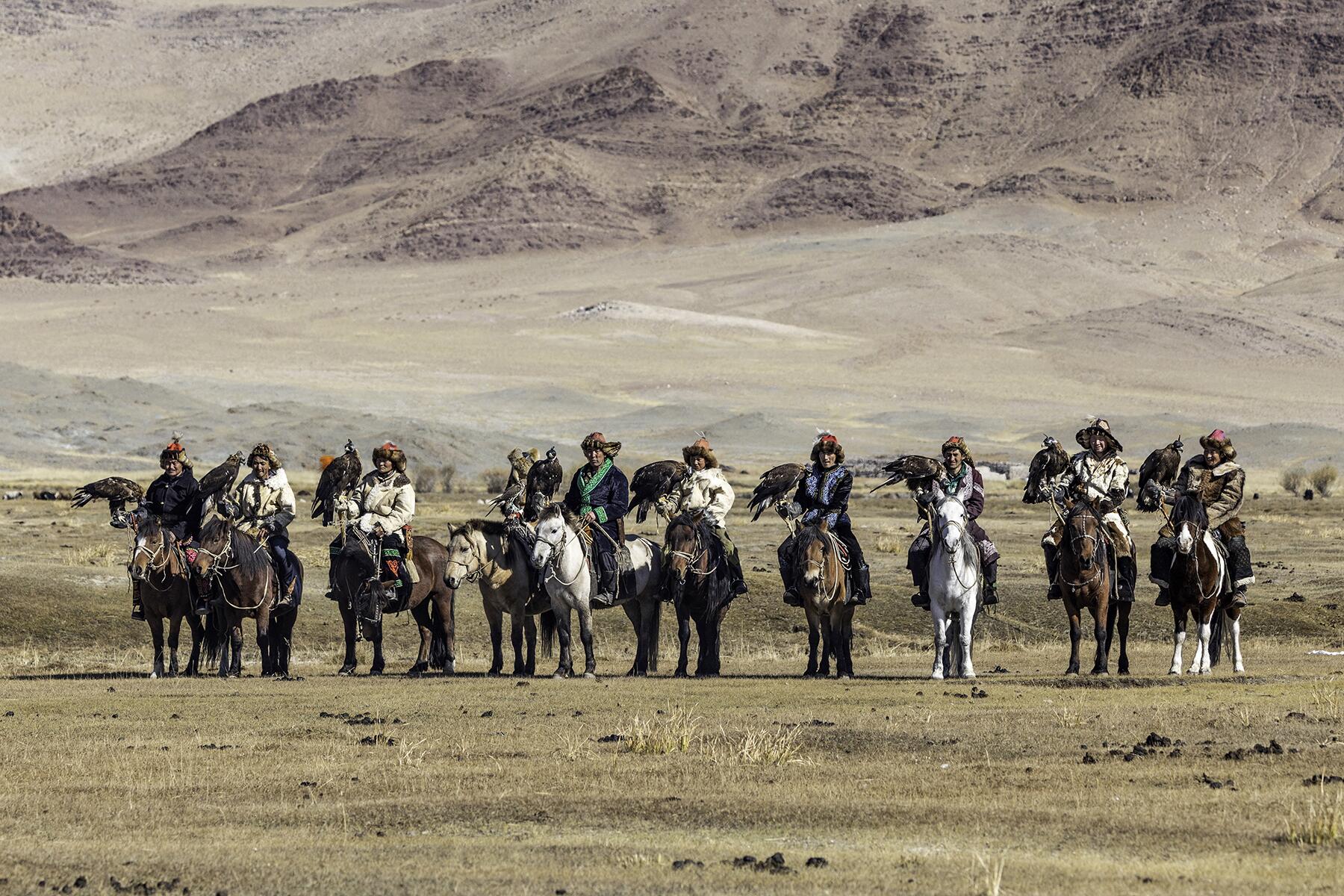 The Golden Eagle Festival (Бүргэдийн наадам, Burgediin Naadam) is an annual traditional festival in Bayan-Ulgii Province. The festival the best option for photographers and who love adventure tours. Traditionally, at the Eagle Festival, Kazakh eagle hunters celebrate their heritage and compete to catch small animals such as foxes and hares with specially trained Golden Eagles. That is showing the skills of birds and trainers. This is a colorful and picturesque event attracting the best hunters and their birds.

The Eagle festival has organized by the local Kazakh community and the Berkut Association. The festival organized to preserve and protect the Kazakh’s traditional culture.

Bayan-Ölgii province where the festival is held is extremely west of Mongolia, separated from Kazakhstan by a 40km strip of Russian and Chinese mountains. Mongolia’s winters are long and harsh, with temperatures around -20°C to -45°C degrees. There are over 120 golden eagle trainers and around 80 of them compete on the eagles festival actively every year.

For more than two centuries, Kazakh eagle hunters have hunted on horseback with trained golden eagles. Across mountains and steppes, a large variety of animals are hunted for their fur, including rabbits, marmots, foxes, and even wolves. This fur is an integral part of traditional Kazakh (Qazaq) clothing.

How many places in Mongolia celebrate the Golden Eagle festival?

What you will expect to see at eagle festival?

Nowadays Golden Eagle Festival is an unforgettable event in Asia, especially in Mongolia.

THE SCHEDULE OF GOLDEN EAGLE FESTIVAL 2022

Also check for similar to to Golden Eagle Festival here.