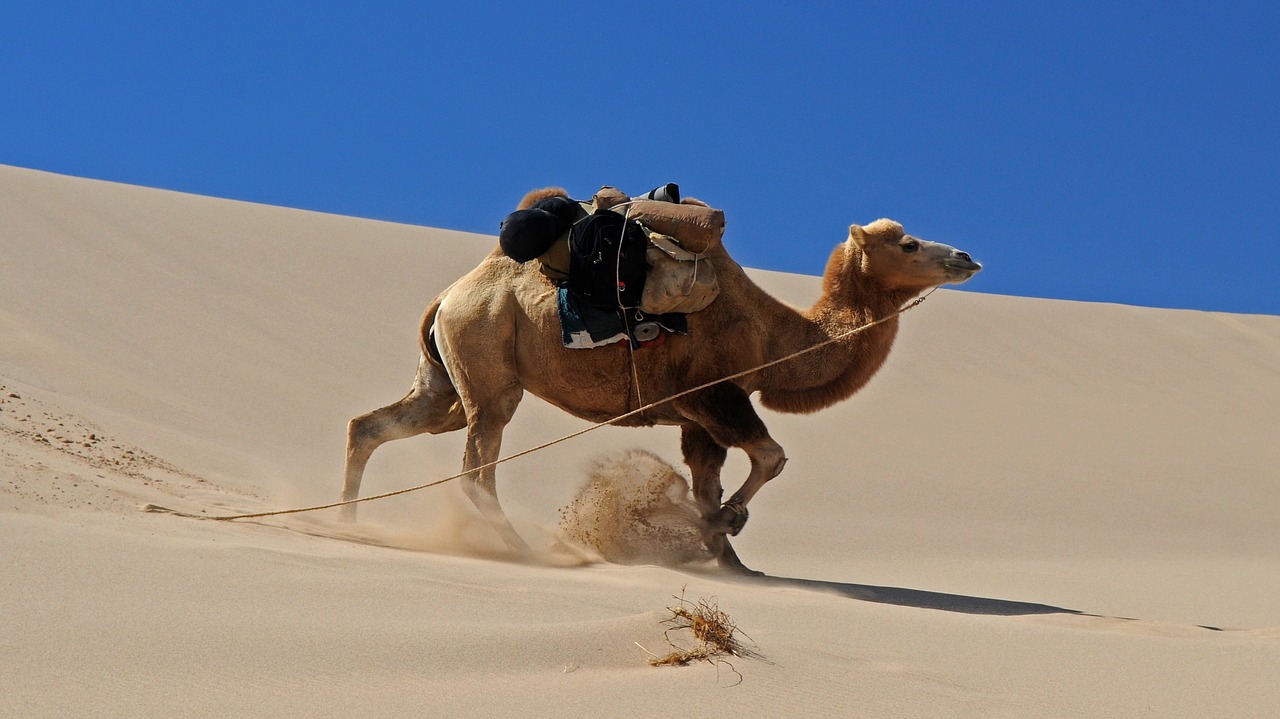 Mongolia is famous for the beauty of nature, its virgin purity, and boundless open spaces. The country’s greatest natural attraction is the Gobi Desert, which envelops Mongolia with a sandy arc from the Altai and Tien Shan mountains along the border with China to the Nanshan and Altıntag mountains and the Yellow River. The Gobi is amazing in its size: its area is 1.5 million square km, and in these vast expanses there are many interesting things.

The population density here is approximately 0.28 people per square kilometer. That is, you will calmly drive a couple of hundred kilometers without meeting a single settlement. At the same time, many small villages will be marked on the map, most of which turn out to be migratory camps in two or three yurts.

Translated from the Mongolian name of the desert means “waterless place.” Over the 65 million years of the Gobi’s existence, practically nothing has changed here, except that the wind, shifting the sand dunes in a grain, extracts the fossilized bones of ancient dinosaurs to the surface.

The remains of prehistoric dinosaurs were found in the Gobi desert at the beginning of the 20th century by scientists from the American Museum of Natural History, who was looking for evidence of the theory that Central Asia is the cradle of human civilization. The fossilized bones, dinosaur eggs, and their nests helped to make many discoveries about how these ancient dinosaurs lived and how they raised their offspring.

Mongolians have a division of the Gobi Desert into 33 sectors, although it is difficult for a person not familiar with it to understand and imagine. 33 small deserts inside one huge Gobi differ in structure types, types of vegetation and colors: there are flowering steppe plains, picturesque cliffs, clay, and stony hammads, vast hollows, saxaul groves, rare oases, salt marshes, and other diverse landscapes.

One of the most amazing deserts in the world, the Gobi is painted and fashioned by the forces of nature from transparent yellow sands, salt marshes and rocks, vibrating red-hot air, and a buzz of silence. In fact, the sandy part of the Gobi accounts for only 3% of the entire desert, the rest of its expanses show unique landscapes of clay and stone, mesmerizing landscapes, where many animals and plants also live. Black-tailed gazelles and goblin brown bears, wolves, saigas, and camels live in different places of the desert – all of them managed to adapt to a difficult life in the vast expanses of the desert. In the Gobi, there are also a few existing mountain rams, kulans, sirens, and gazelles that exist in the world.